If you’re waiting for brilliance to strike, try getting bored first. That’s the takeaway of a study published recently in the journal Academy of Management Discoveries, which found that boredom can spark individual productivity and creativity.

In the study, people who had gone through a boredom-inducing task — methodically sorting a bowl of beans by color, one by one — later performed better on an idea-generating task than peers who first completed an interesting craft activity. (The task: to come up with excuses for being late that wouldn’t make someone look bad.) The bored folks outperformed the artists both in terms of idea quantity and quality, as ranked by objective outsiders who assigned uniqueness scores to each one.

Those findings are likely no surprise to Sandi Mann, a senior psychology lecturer at the University of Central Lancashire in the U.K. Mann is the author of The Upside of Downtime: Why Boredom Is Good, and a proponent of embracing the emotion, negative connotations and all.

Here’s why being bored can be a good thing for your mind, imagination and productivity, and how to do it right.

At its core, boredom is “a search for neural stimulation that isn’t satisfied,” Mann says. “If we can’t find that, our mind will create it.” As demonstrated by the new study and plenty others before it, boredom can enable creativity and problem-solving by allowing the mind to wander and daydream. “There’s no other way of getting that stimulation, so you have to go into your head,” Mann says. You may be surprised by what you come up with when you do.

Boredom is good for your mental health

Daydreaming can be “quite a respite” and provide a brief escape from day-to-day life, Mann says. But it’s also beneficial to simply step away from screens, work and other stressors long enough to feel bored. Studies have shown, for example, that modern tools including work emails, social media and dating apps can strain mental health — so taking a break can be a valuable opportunity to recharge.

How to be bored the right way

Mann says it’s important not to conflate boredom with relaxation. A purposefully tranquil activity, such as yoga or meditation, likely doesn’t meet the definition of trying and failing to find stimulation. To tap into true boredom, she suggests picking an activity that requires little or no concentration — like walking a familiar route, swimming laps or even just sitting with your eyes closed — and simply letting your mind wander, without music or stimulation to guide it.

It’s also crucial to unplug during this time, Mann says. Our cultural attachment to our phones, she says, is paradoxically both destroying our ability to be bored, and preventing us from ever being truly entertained.

“We’re trying to swipe and scroll the boredom away, but in doing that, we’re actually making ourselves more prone to boredom, because every time we get our phone out we’re not allowing our mind to wander and to solve our own boredom problems,” Mann says, adding that people can become addicted to the constant dopamine hit of new and novel content that phones provide. “Our tolerance for boredom just changes completely, and we need more and more to stop being bored.”

Next time you find yourself in line at the grocery store, in a tedious meeting or killing time in a waiting room, resist the urge to scroll. You’re bound to get bored — and your brain, mood and work performance just might improve.

If this weekend is yawning ahead of you, offering nothing but the same old routines and dull chores, then don’t despair: boredom is good for you, a new study claims.

Far from dulling the mind and leading to a lack of productivity, boredom can inspire people to seek out ways of being altruistic, empathatic and to engage in prosocial tasks, particularly unpleasant ones such as giving blood. “Bored people feel that their actions are meaningless and so they are motivated to engage in meaningful behaviour,” said Wijnand van Tilburg, from the University of Limerick, co-author of the paper, Bored George Helps Others: A Pragmatic Meaning-Regulation Hypothesis on Boredom and Prosocial Behaviour. “If prosocial behaviour fulfills this requirement, boredom promotes prosocial behaviour.

“Investigating the link between boredom and prosocial behavior is not only highly novel but also counter-intuitive,” said Van Tilburg, who will present the paper with co-author, Dr Eric Igou, on Friday at the British Psychological Society 2011 Annual Conference.

“Past research has associated boredom almost exclusively with aversive correlates, yet closer inspection suggests a much richer array of potential consequences that may well go beyond merely negative outcomes, such as prosocial behaviour.”

People who are easily bored typically score highly on so-called “dispositional measures of sensation seeking”. This may, says Van Tilburg, at least partially explain the positive relationship between boredom proneness with aggression, anger, and hostility. But when people feel meaningless, Van Tilburg found that they are more likely to engage in behaviour they believe will re-establish their sense of meaningfulness. They do not, he added, simply turn to distractions that are fun and interesting. Through a series of seven studies, researchers found that boredom increases prosocial motivations that impact on positive behaviours that last far beyond the length of time of the boring activity itself.

“Boredom makes people long for different and purposeful activities, and as a result they turn towards more challenging and meaningful activities, turning towards what they perceive to be really meaningful in life,” said Van Tilburg.

“Donating to charity or signing up for blood donations could not have increased the level of stimulation, interest, arousal, novelty, fun, or challenge experienced during the boring activity, simply because the boring activity finished before prosocial behavior was assessed,” he said. “Therefore, we show that boredom affects attitudes and behaviour even after the boring activity, if people have not had the chance to re-establish meaningfulness.”

Van Tilburg said his research proves that boredom can promote behaviour that benefits society. “Being bored may be miserable, but at the same time it provides benefits for others who are in need of support,” he said. “This is important as past boredom research mainly suggested detrimental correlates such as aggression or pathological gambling. 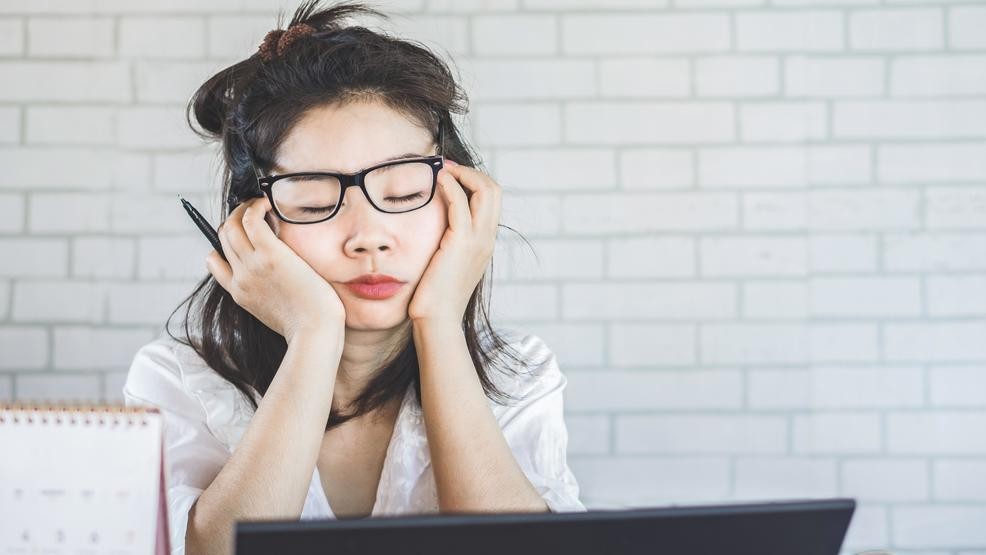 “Of course, this does not mean that boredom is necessary for prosocial behaviour,” added Van Tilburg. “It is one positive effect of an utterly negative experience, demonstrating the dynamic character of how people attempt to re-establish a sense of meaningfulness.”

The paper has been welcomed by Adrian Savage, an editor at the online life coach site, www.lifehack.org. “Being bored turns your mind inward and encourages reflection. When you’re rushing about, there’s no time to think. When you’re bored, there’s nothing else to do but think,” he said.

“Boredom is nearly always essential to creativity. It isn’t true that creativity is mostly sparked by having a specific problem to be solved. It’s far more likely to arise because the person is bored with the way something has been done a thousand times before and wants to try something new,” added Savage. “Boredom stimulates the search for better ways to things like nothing else does.”